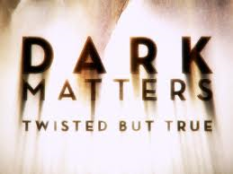 I discovered recently that the Discovery Science channel has an interesting little series called Dark Matters: Twisted but true. Started in 2011, to date there have been two series of the show. Typically each 45 minute episode looks at three separate examples of “strange science”. The standard format for each tale includes historical reenactment and soundbite interviews with experts from the field.

In truth the choice of incidents discussed is patchy; some aligning poorly with the definition of “science”, or “strange”, or both. The subtitle “Twisted but true” gives insight into the audience for whom the series may be targeted.  We also need to be slightly cautious about putting too much reliance on the validity of docudrama versions of events.

Having said that, however, there are plenty of examples here which could be used as introductions to some of the more notorious breaches of research ethics. For example, Season 2 Episode 2 (TRILT 02F8C452) discusses Louis Pasteur’s testing of an experimental rabies vaccine on Joseph Meister. Episode 2.6 (TRILT 02FB2D0F) includes recreation of the notorious Stanford prison experiment, and 2.7 (TRILT 02FD7B36) discusses the Tuskegee syphilis experiment in which poor sharecroppers with syphilis were deliberately kept untreated, even after the efficacy of penicillin for treating the illness had been demonstrated.

Headline Bioethics: The balance of safety in publication of H5N1 research 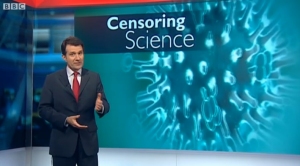 Summary of story: In the period 2003–2011, 566 cases of people infected by bird flu worldwide were reported to WHO (2011), with 59% of the cases being fatal. The virus has been known to infect people since 1997 (Grady and Broad, 2011), but only through infected birds, and not via person-to-person transmission(Yong, 2012b). Herfst et al (2012) and Imai et al (2012) mutated H5N1 to see if it could acquire the mutations necessary for airborne transmission between ferrets (considered a good model for humans) in the wild. This research was due to be published in the journals Nature and Science, but the National Science Advisory Board for Biosecurity (NSABB) asked the journals to delay publication, and recommended that key methods should be omitted (Grady and Broad, 2011) due to fears of the virus being released “by error or by terror” (Keim, 2012) and the “potential risk of public harm to be of unusually high magnitude” (Berns, 2012). Eventually in March of 2012 the NSABB agreed that the two papers should be published in full (Yong, 2012a). The video from February 2012 reports on the decision to delay publication.

Discussion of ethical issues: The decision about whether or not to publish details of the process by which H5N1 could be render easier to transmit is a good example of a dual-use dilemma, defined by Atlas and Dando (2006: p276) as “the generation and dissemination of scientific knowledge that could be misapplied for biological weapons development and production”. Kuhlau et al (2011) argue that if a dual-use technology poses a legitimate threat, the science community is obliged to develop, implement and adhere to precautious measures to meet the concern. END_OF_DOCUMENT_TOKEN_TO_BE_REPLACED

Pharmaceuticals: tricks of the trade

I’m sure many readers of BioethicsBytes are already familiar with the TED Talks phenomenon but, as far as I’m aware this is the first time we’ve directly recommended one of their videos on this site. TED events, and later online videos, involve invited participants in giving “the talk of their lives” in 18 minutes or less. The result is a collection of pithy and thought-provoking presentations on a variety of topics. 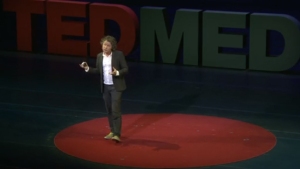 Ben Goldacre is a medically-qualified writer who has devoted much of his time drawing the public’s attention to examples of pseudoscience and inappropriate uses of science, originally via his regular Bad Science column in the Guardian newspaper and later in his first book, of the same name (see here for a review of the book Bad Science).

In 2012, Goldacre has turned his penetrating gaze on the pharmaceutical industry and the results, now available in his second book Bad Pharma, have brought to a wider audience concerns about the ‘tricks’ that are played by drug companies to make their products seem more successful than is warranted. END_OF_DOCUMENT_TOKEN_TO_BE_REPLACED 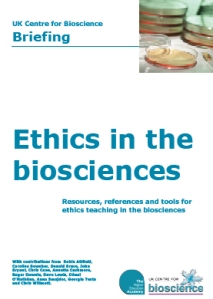 Some (in)famous cases of research misconduct

I gave a presentation at a recent meeting of the UK Centre for Bioscience day conference on Some (in)famous cases of research conduct. I’ve uploaded both the slides (below, and on Slideshare) as well as a table summarising who, what, when and my classification of what category or categories of research misconduct they represent. Some of the discussion at the session was of the “why haven’t you included Dr So-and-so?” variety. One of two of these were new to me, but mostly I had made a conscious decision to exclude the person named, either because they have since been exonerated or because the jury is still out. I’d welcome suggestions for other examples to include in a revised version.

Other presentations from the Teaching Research Ethics to Bioscience Students day conference are available via this link.

BioethicsBytes
Create a free website or blog at WordPress.com.