Washing the national laundry in public: our eugenic heritage

Simplistic analysis sometimes looks at the horrors of Nazi eugenics before and during the Second World War and wonders how they could ever have come up with such evil. The sad truth is that the philosophical roots of Auschwitz include in no small measure the influence of British polymath Francis Galton. 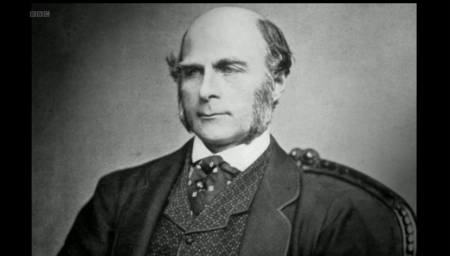 The first episode of Andrew Marr’s The Making of Modern Britain A New Dawn includes a very helpful section (from 14:02 to 16:38) discussing the origins of Galton’s thinking on eugenics and the influence that they had on prominent figures in England and abroad.

Set by Marr in the context of paranoia about the crumbling Empire and embarrassment at the difficulties experienced in the Boer War, Galton’s ideas about the role of breeding in development of human attributes received a warm reception from influential politicans and thinkers of his day. Allowing the less desirable members of society to breed freely, whilst at the same time “better” members of society were having smaller families, was seen to be diluting the genetic pedigree of the race.

Although in no sense a details description of Galton’s views, this short clip could be a useful introduction to the origins of eugenics for a class in philosophy, bioethics, or indeed several other disciplines. 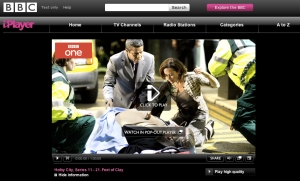 The most recent episode of Holby City is available to view of download on via the BBC iPlayer.

Following on from the recent BioethicsBytes post Holby City – “If you can’t look after yourself, then why should we?” (published on January 21 2009; updated February 4th 2009), which concerned ethical issues in NHS resource allocation as highlighted by two episodes of the BBC1 drama Holby City, this update post covers events in more recent episodes of Holby City – including the denouement to the storyline, as depicted in Feet of Clay.

The storyline concerns the “zero tolerance” policy implemented by Head of Surgery, Dr Ric Griffin (Hugh Quarshie), who is refusing to authorise surgical procedures for patients whose lifestyle choices may have contributed to their illness. Previous posts have covered the instigation of this policy in the episode Just (first broadcast on BBC1 on January 20 2009, at 20.00; TRILT Identifier: 00D15A4E),  and the events and debates this creates between the characters in Tough Love (first broadcast on BBC1 on February 3 2009, at 20.00; TRILT Identifier: 00D8E505). This post notes relevant events in the subsequent episodes Trust, Truth and Mercy, and Take Her Breath Away, and the closure of the storyline in Feet of Clay.

END_OF_DOCUMENT_TOKEN_TO_BE_REPLACED

Holby City – “If you can’t…look after yourself, then why should we?”

The issue of resource allocation in the NHS has cropped up several times in recent programmes (see, for example, Dom’s on the Case regarding the “postcode lottery”. The present post examines the ethical issues implicit in a different aspect of resource allocation in healthcare: the potential for conflict between traditional medical ethics and core NHS values and increasingly prominent views of the individual as both responsible and accountable for their own health status. This tension came to the fore in Just, a recent episode of the BBC drama Holby City (first broadcast on BBC1 at 8.00pm on 20th January 2009), and is captured nicely in one particular quote from the programme in which surgeon Ric Griffin challenges his patient, an obese smoker, “if you can’t be bothered to look after yourself, then why should we?” (00:38:07)

END_OF_DOCUMENT_TOKEN_TO_BE_REPLACED

The Biotech Revolution, the second episode of the BBC4 Visions of the Future series, continues to describe ways in which humanity is making a “historic transition from the age of scientific discovery to the age of scientific mastery”. Presenter Michio Kaku suggests that unlocking the basic code of life will allow us to “predetermine the destiny of life itself” and to manipulate it at the most fundamental level (Start-00:02:00).

The programme begins with Kaku having his “medical future rather than history” diagnosed via a series of genetic tests for complex diseases such as heart disease, diabetes and Alzheimer’s. He describes this as an “owner’s manual” which will enable him to have greater control of his health, and to allow others to perhaps prolong their life by decades (00:02:20-00:06:20 and 00:20:05-00:23: 20). As a scientist, he is eager to discover what secrets his genome may contain however, as a person, he says “wait a minute, this could be a Pandora’s Box… I’m looking at a side of me I have never seen before, a side that has potential medical problems lurking there”.

Some of the issues raised here mirror those found in the ITV1 broadcast The Killer in Me, which illustrated particularly well the anguish associated with having such tests and the way actions could be taken in light of the results. In this programme, in contrast, there is greater emphasis placed on the potential impact on relatives and wider society that may result from taking the tests. “We really want to respect your privacy and the privacy of your relatives” the physician emphasises to Kaku.  Much of the future of this testing, if not the present, relies upon “the last great discovery of the 21st century, the Human Genome Project”.  Kaku believes that this event holds such significance that we will look at the history of medicine in two eras, “before genome and after genome”. “Having unravelled the fundamental code of our biology the stage is set for us to manipulate it” he adds (00:06:25-00:09:20). END_OF_DOCUMENT_TOKEN_TO_BE_REPLACED

Genetic testing: would you want to know? – The Killer in Me

The Killer in Me illustrates just how far genetic testing for disease has developed. Testing for conditions caused by mutation in a single gene has been possible for some while, and examples have been considered previously in relation to programmes in the Bitter Inheritance series, e.g. Huntington’s disease (Episode 5) and Gorlin Syndrome (Episode 4). In The Killer in Me, four celebrities agree to undergo pioneering genetic tests for conditions that are under

the influence of several different genes and environmental factors, such as diet. It is promised that the battery of tests will indicate their potential risk, i.e. their predisposition, to several common diseases, including heart disease, cancer and Alzheimer’s. The tests are supervised by Paul Jenkins, a Senior Clinical Researcher at Queen Mary’s School of Medicine and the co-founder of the company ‘Genetic Health’. As he explains, “We know the environmental influences that can predispose to disease, now we are able for the first time to start to determine your genetic predisposition to those diseases” (00:01:39).

The decisions about which tests to take, and the celebrities’ responses to the results of those tests, offer insights into the ethical dilemmas posed by screening. GMTV presenter Fiona Philips re-examines her mother’s past medical history, which included both breast cancer and Alzheimer’s which unfortunately led to her death. She reflects on the terrible ordeal her mother suffered for eight years, and wonders what actions she would take if the test presented that she was at high risk of Alzheimer’s (00:02:49-00:05:17 and 00:17:50-00:19:10*). END_OF_DOCUMENT_TOKEN_TO_BE_REPLACED