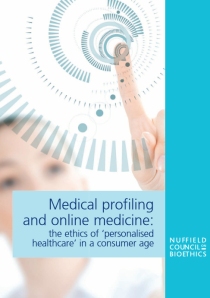 The fall in the cost of DNA sequencing has opened the door to providing an individual with genetic information on such issues as paternity and the risk of developing or passing on a particular genetic disease. Some services are available via formal channels, but there is also a burgeoning market in direct-to-consumer (DTC) sales of genetic information and the associated interpretation of that data.

This video, made by second year students at the University of Leicester, looks at some of the ethical issues arising from the availability of personal genetic data direct from commercial companies.

You may also be interested in the post Is there a gene for oversimplistic analysis? from our sister site Journal of the Left-handed Biochemist.

The latest in a series of educational resources to accompany major reports by the Nuffield Council on Bioethics are now available. Picking up from the 2010 Nuffield report on the ethics of Personalised Healthcare, the resources have been developed by the Reaching Out to Young People team. The materials are based around three case studies looking at the impact of different developments moving medicine away from the traditional patient-doctor consultation. These are: the availability of personal genetic profiles; the ability to buy medicines online; and the rise of the internet as a source of health information. 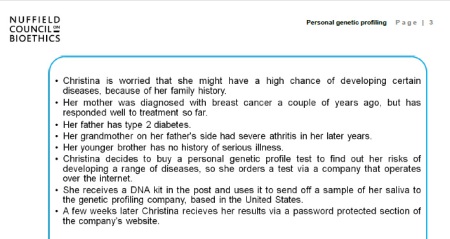 (Note: anyone who has ended at this post looking for “personalised healthcare” in the pharmacogenetic sense might like to know that this was the subject of a different Nuffield report in 2003 and hence it was not included in the 2010 document).

Interactive tutorials on genetics and ethics at the PHG Foundation

*** UPDATE July 2018: Unfortunately these resources are no longer available (see comment below) but I have left the post in case anyone was looking for them ***

Here’s a useful resource for teaching about bioethics and the ethical implications of new developments in genetics. The PHG Foundation website has a large number of tutorials and other educational activities on these topics. You need to register with the site to see them, but there is no fee and the “cost” of registration seems only to be a periodic e-mail newsletter also containing helpful updates.

The PHG Foundation grew out from the Public Health Genetics unit

If I understand correctly funding for the educational developments at PHG has come and gone so nothing new will be appearing in that section of their site – but the stuff that’s already there is definitely worth a look. 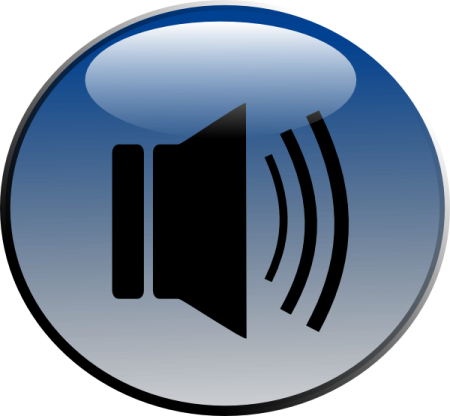 The tenth anniversary of the announcement that the human genome had been  ‘completely’ sequenced, has led to a large number of programmes and publications reflecting upon the impact that this information is having upon biomedicine. On 24th June, Today, the flagship current affairs programme on UK Radio 4, included a very interesting interview with John Sulston and Francis Collins the men who, respectively, had headed up the UK and USA ends of the publicly-funded consortia. The interview (7 minutes) can be heard via this link, and a transcript can be found here. 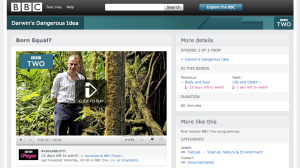 END_OF_DOCUMENT_TOKEN_TO_BE_REPLACED

The Daily Politics Show – “Should we be more wary of genetic screening?” 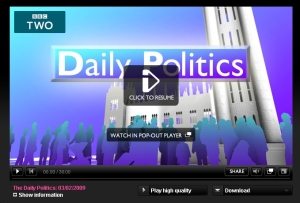 The edition of The Daily Politics Show broadcast on BBC2 on February 3rd 2009 contained an item on the use of embryo screening during IVF (see 00:15:42 to 00:22:25). The section begins with a short explanatory VT, which covers the technique of prenatal genetic diagnosis – PGD – and its uses in IVF, and some of the main ethical positions. The programme’s hosts – Andew Neil and Sangita Myska – then discuss the ethical implications of genetic screening and embryo selection with Professor Robert Winston. This short post summaries the main bioethical arguments put forward in this 7 minute clip, and suggests how it may be used in teaching.

END_OF_DOCUMENT_TOKEN_TO_BE_REPLACED 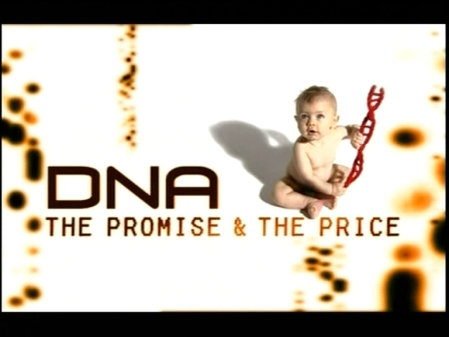 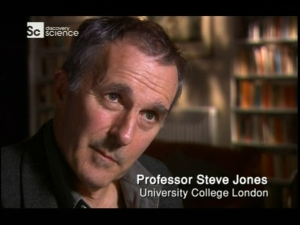