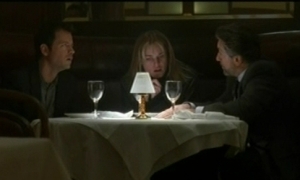 The Duncans and Dr Wells meet to discuss cloning Adam

The plot of Godsend depicts the cloning of a new human being from a single cell taken from the deceased Adam Duncan. We follow the family as they prepare for the birth of their new son, and see their expectations played out as new Adam grows up and reaches his own eighth birthday. Until this point Adam really does appear to be a Godsend and the Duncans really believe they have got their son back. However, the plot takes a dramatic turn when Adam begins to have “night terrors”. In his dreams he sees a boy that looks just like him; a boy his father, Paul, comes to believe is the original Adam – a product of some kind of cellular memory retained by the clone. The cloned Adam’s dreams become progressively more disturbing and violent, and eventually we learn that the boy he sees is not Adam, but a child named Zachary Smith – the dead son of Dr Wells. In the final scenes of the film it is revealed that Richard Wells had tampered with the cell used in creating the Duncan’s cloned son; he had altered certain genes connected to cognition, personality and memory, while preserving all the physical characteristics belonging to Adam.

The film offers a number of views on what a cloned human might be like. It consistently uses metaphors which suggest that Adam’s clone would be identical to him. Dr Wells speaks of the clone as “the identical boy” (00:11:03) and of him as Adam “reborn” (00:10:56). Identity between the original and the cloned Adam is also suggested when Dr Wells comments on the new Adam’s future a few days after his eighth birthday, he says, “up to this point we’ve had a map of Adam’s first eight years, but now we are entering uncharted territory. We have no way of knowing what the Adam of age 9, age 10, age 50 is going to be” (00:33:10). 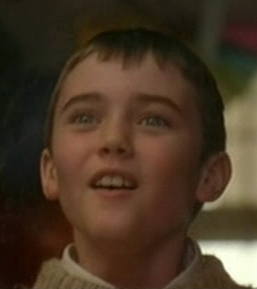 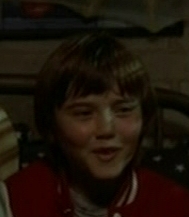 However, the film does suggest that Adam and his clone are somewhat different. They look different for one thing, and as Paul suggests “in some ways they are so much the same…but he’s still his own person entirely” (00:29:07). This reflects Paul’s view of the cloned Adam as more like an “identical twin” (00:13:23) than an exact copy. The clip between 00:12:59 and 00:13:46 illustrates this by contrasting it with the view of the clone as Adam resurrected. Although it is never explicitly stated, the implication of the events which follow is that this difference is entirely due to Dr Wells’ interference with the original, progenitor cell. In this sense the differences between Adam and his clone are depicted as being biologically determined, rather than being due to environmental, social or lifestyle factors.

In both the real world and that created in Godsend human reproductive cloning is illegal, hence the Duncans and Dr Wells go to a great deal of trouble to hide the creation of the cloned Adam from their family, friends and colleagues. Although the Duncans have some initial reservations about going ahead with this illegal activity, they are persuaded by Dr Wells’ arguments that it is not immoral. He says “illegal, yes. Immoral, no. We are talking about using life to create life, that’s all” (00:11:45). This creates a contrast between activities that are illegal and those that are immoral. This distinction exists in a number of other bioethical debates, for example, around the creation of ‘cybrid’ embryos (see the BioethicsBytes post Are hybrid embryos an ethical step too far? – The Big Questions) and various other practices used in fertility treatment (see BioethicsBytes post The Family Man – playing God at the fertility clinic?).

Within Godsend, morality is also discussed in relation to science, where familiar questions – such as Should scientists be concerned about the ethics of their work and its moral implications? – are discussed (albeit implicitly). The clip between 01:22:24 and 01:24:40 is possibly the best example of this. Here Dr Wells states “If I’m not supposed to do this… how is it I can? ” (01:23:53), and Paul concludes that “This isn’t about science… it’s about moral trespass” (01:23:59).

As noted above, Godsend is an entertaining film that touches on a number of bioethical issues. However, for the purposes of exploring debates around human reproductive cloning in the classroom, there is little in the film to illustrate the main themes in current bioethical thinking (as represented, for example, by the Centre for Genetics and Society article Reproductive Cloning Arguments Pro and Con). That said, the clips suggested above which highlight different views of what a clone might be like, and of the relationship between the law, ethics and science, might make interesting discussion starters in conjunction with additional clips which are grounded in science fact rather than fiction.

Godsend was broadcast most recently on BBC1 at 23:25 on 11 Novermber 2008. It is regularly repeated on satellite channels (9 times so far in 2008). Members of the BUFVC can obtain using their back-up service (TRILT identifier: 005B4B69).

This entry was posted on Monday, November 24th, 2008 at 3:43 pm and is filed under Clinical ethics, Cloning, Film, Genetic engineering, Human cloning, IVF, Lifestyle & genetic disease, Research ethics, Stem Cells. You can follow any responses to this entry through the RSS 2.0 feed. You can leave a response, or trackback from your own site.

One Response to Could human reproductive cloning be a “Godsend”?