Drug Trials – The Dark Side 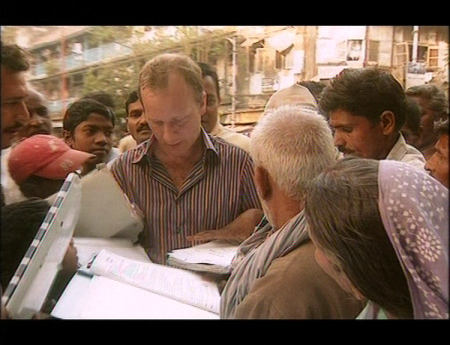 A documentary in BBC2’s This World strand, Drug Trials: The Dark Side investigated the murky world of clinical trials carried our in the developing world. Reporter Paul Kenyon travels to India in an attempt to uncover the actions of some of the world’s biggest drug companies. Through a series of interviews with both doctors and patients, it reveals some discrepancies with regards to clinical trial protocol. This raises five main ethical issues:

India’s population is almost 1 in 6 of the entire world, and thus represents a huge population of potential patients on whom to trial new drugs. Recruitment of volunteers for clinical trials has become a boom industry in India, “We can recruit a third more patients, in a third less time and we can save at least a third of the cost”, states Dr Vijay Kumar, Neeman Medical International (01:05:00 – 00:03:00).  Dr Kumar continues to explain that in Western countries such as the USA and Canada, successful helathcare systems mean it is hard to recruit suitable patients onto drug trials. Drug companies value “treatment naive” or “clean” patients that have never previously received any medications. Poverty and reduced access to healthcare in India means that patients of this type are relatively abundant. Indeed, the process of recruitment itself raises interesting ethical questions:

The theme of vulnerability extends throughout the documentary. Patients have to provide ‘informed consent’ to being put onto a drug trial. This is to safeguard the patient’s autonomy and protect them from harm. There are a series of issues to consider when discussing informed consent:

Sections between 00:02:54 – 00:21:36 and 00:47:22 – 00:52:37 are useful for raising these issues. They investigate what happened when an American cancer drug was tested on humans for the first time. The documentary tracks down one of the surviving patients from the trial, which involved M4N, a derivative of an ancient herbal remedy called Chaparral. Researchers suggested that despite this chemical being dangerous it would help inhibit the growth of cancerous cells if it was injected directly into them. The trial bypassed the normal procedure for treating cancer by surgically remove the tumour cells prior to radiotherapy or chemotherapy, and went directly to injection of M4N into the patients’ tumours. In addition, the trial also side-stepped the usual requirment to test a new drug another on two mammal species, such as rats and dogs, to observe its affects before giving it to humans; here only minimal animal testing had taken place. Interviews with the patient and his family revealed that not all the information was fully disclosed to the patient and false claims were made about the trial:

The documentary continues to reveal further improper conduct in patients recruitment. A patient’s desire to be cured from their disease leaves them vulnerable to try anything on offer. In addition, if the patient is unaware that they will be included in a drug trial they are more likely to enrol.

The section 00:21:38 – 00:32:05 discusses how extreme poverty in India leaves patients unable to buy the drugs they need and thus leaves them with the choice between no drugs or an experimental drug provided free in a clinical trial.  The issue of informed consent is again evident here, and in particular exploitaiton of the very strong trust there is in India between a doctor and their patient. The documentary observes a patient going through the informed consent procedure with his doctor. It immediately becomes apparent that despite the doctor’s best attempt, it is doubtful that the patient fully understands that he has consented to being involved in a clinical trial. It seems from the evidence presented in the documentary that the patient’s ability to fully consent to being on the drug trial is blurred by:

In a further development, the documentary investigates a drug trial which was published in The British Journal of Psychiatry (00:32:12 – 00:47:22). This follows the concerns of Dr Vikram Patel, London School of Hygiene and Tropical Medicine and a member of the editorial board of the journal. Having read the research he became increasingly worried with the methodology of this particular trial of a psychiatric drug.

An American drug company withheld medication from patients with serious psychiatric illness. Without beneficial treatment, the patients became increasingly vulnerable, and they are thus exposed to possible further suffering.

One of the patients involved, who suffers from Bipolar mania, speaks to the documentary. He had been on the same medication for many years, but these were withdrawn prior to the start of the trial, to allow for a ‘wash-out’ period. This reduces the chances of any of his previous medications interacting with the experimental new drug.

The patients on the trial were separated into two groups: One was given the experimental treatment Risperdal, the other group were given a placebo. This effectively leaves some patients without any form of treatment during the trial and raises ethical issues such as:

Again in this example it is revealed that much of the information presented to the patient was unclear.

This lack of transparency suggests that wrongful actions are taking place. Patients who already find themselves in unfortunate circumstances with their illness, suffer further because of the ambitions of drug companies which neglect ethical guidelines. 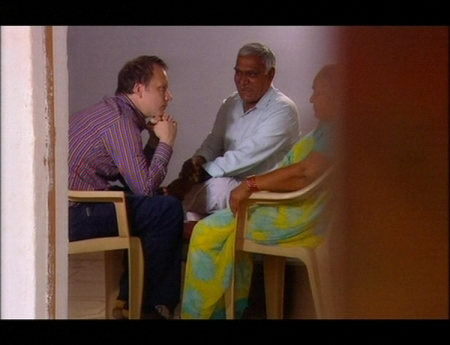 Paul Kenyon speaking to a patient

The documentary concludes by discussing the issues that surround the high cost of new drugs in the developing world (00:47:22 – 00:52:37). For example, after the Risperdal drug  trial, patients were only provided with 12 weeks of medication and thereafter would be responsible for purchasing it from the pharmacist, despite being priced 1500% higher than the Indian equivalent. Drug companies believe that the continued supply of the new drugs is the responsibility of the national government. However many argue that drug companies owe a particular duty of care to the patients that directly helped them with the trial.

Update 4th April 2015: For users at subscribing institutions, the programme is now available within Box of Broadcasts

This entry was posted on Wednesday, August 6th, 2008 at 10:38 am and is filed under Animal experimentation, Clinical ethics, Clinical trials, Curricula, Research ethics, TV (documentary). You can follow any responses to this entry through the RSS 2.0 feed. You can leave a response, or trackback from your own site.

6 Responses to Drug Trials – The Dark Side